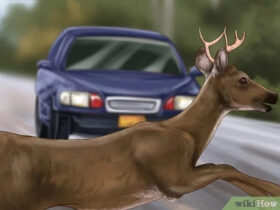 Hit an animal? : Here is what you are obliged to do

Is India not yet ready for same sex marriage law ? During a hearing in Delhi High Court, Solicitor General of India, Tushar Mehta said that “Our law, our legal system, our society, our values do not recognize” same-sex marriages.

So, the question here is, Is India not yet ready for same-sex marriages?

India hosts one of the largest numbers of gay people in the world. In 2012, Government submitted a report saying there are 25 lakh recorded gay people in India. As it counts only those who have self-declared themselves to the ministry of Health, so the real number is much higher.

When such a huge portion of our population is gay, are they provided with their basic rights?
The straight answer is No, they are not. Our law didn’t even recognise people with different sexual orientation. They are not allowed to get married. They were not even allowed to have sex. Although this is changing in recent years with the partial struck down of Article 377 which legalised homosexuality in India, we still have a long way to go.

How are other countries dealing with it ?

India is already behind in the race to change colonial-era laws which need immediate reforms.

What are the existing legal provisions in our constitution?

Our constitution doesn’t actually say anything about the genders of people getting married. The Hindu Marriage Act does not distinguish between heterosexual and homosexual marriages. The actual wordings of section 5 of the act are “a marriage may be solemnized between any two Hindus”. Despite having no statutory bar under the 1955 Act against gay marriages, it is still not being registered anywhere in the country.

Some people argue that not allowing gay people to marry violates their right to marry which is a part of the right to life under Article 21 of the Constitution. They consider it even violating the right to equality guaranteed by Article 14 of the constitution.

What is my opinion?

India is a land of culture, tradition and values which are being followed from the ancient times. Now if we try to analyze many of the things we used to do, they would not make sense in the current scenario. There were many things which were a part of our culture but it is not followed any more. Change is the only constant in this world and adapting to the change is the only mean of survival. So, the solicitor general saying that same-sex marriage is not a part of our “culture” is more of an excuse than a valid reason. Denying the LGBT community the option to marry is absolute discriminatory and creates them a second class of citizens.

The Supreme Court of India has a history of passing judgements which has always protected couples who went against the “societal norms”, whether it be inter-caste marriages or inter-religion marriages. Thus, the legalization of same-sex marriages is bound to happen, the question is, how long will it take for the top court of the country to realize that the rights of 25 lakh people are more important than adhering to the “norms” defined by the society.