5 things not to do when stopped by Police.

A person can be jailed for a very very long time for an offence committed. The longest prison sentence handed down by a court is thought to be that received by Chamoy Thipyaso of Thailand, who in 1989 was given a jail term of 141,078 years.

Chamoy Thipyaso had defrauded more than 16000 people of around 2 million euros. She was lucky that Thailand law at that time decreed that a person cannot be jailed for more than 20 years for fraud.

Although it is said that reason behind such harsh punishment awarded to Chamoy is because some of her victims had allegedly been members of the Thai royal household.

There have been many instances in the history where the jail term of the offences committed was huge but it got limited due to the upper limit put by that country’s law.

I am sure that my above explanation would not have made it clear to you that how can a person get such a long sentence.

Let’s take an example. Suppose Abdul kidnapped a boy from the roadside, took her to a secluded location and raped him. After which he decided to kill and bury the body. Now, Abdul gets caught and confesses to the crime he committed.

The Punishment will be awarded to him as follows :-

And now it comes to light that Abdul is a serial offender and committed the same offence with 10 other boys. So, that will increase his sentence by tenfold to 570 years. So, that way, Abdul loses 57 years of his life for every victim he took. I suppose, now you may have gotten an idea where I am going with this.

The sentences which I used in the above example are not always true. There is n number of factors on which the number of years of imprisonment depends on, ranging from the age of the victim to the mental state of the convict to even how brutal was the crime. A judge considers all these factors and then awards a sentence to the accused which fits his crime.

Is it illegal to give a lift to unknown people in India? 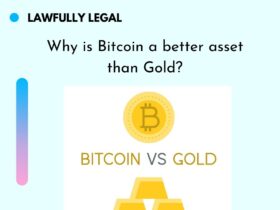