On May 5th  a five judge constitution bench headed  by justice Ashok Bhushan over ruled the 2018 law of 16% Maratha quota in Maharashtra.

In November 2018, the Maharashtra government passed a special act under Maharashtra state socially and educational backward act providing 16% reservation to the Maratha community that represents almost 32% of Maharashtra population.

The reservation was challenged in the Bombay high court which reduced the reservation from 16% to 12% in education and 13% in jobs thus increasing the overall reservation to 64% and 65% respectively.

This decree was stayed by the supreme court  and the following matter was referred to the CJI of India. The stay order meant that Maratha community could not reap the benefits of reservation but those who had already availed the quota remain unaffected.

With a majority of 3-2, the court decided that there will be only a single list for the socially and economically backward classes for each state and union territory, notified by the president and the states can only make recommendations for addition or removal of any SEBC.

INDRA SAWHNEY & OTHERS v UOI is a 1992 judgement given by a 9 judge bench putting a ceiling of 50% on reservation.

The issue to revisit the judgment came up as the ceiling of 50% was decided arbitrarily and there is no particular reasoning for the 50 % quota. The court said that to revisit the case an 11 judge bench has to be constituted and unanimously it was decided that there is no need to revisit it as the precedent is now constitutionally recognized by the 81st amendment in 2000.

To justify the Maharashtra government move the following reasoning was given –  the backward class population in the state is 85% and the quota for reservation is only 50% therefore the ceiling could be breached under the exception stated in the case of Indra Sawhney.

Satisfied with the state reasoning the Bombay HC upheld the state legislation of  16% reservation and agreed to the recommendation of SEBC considering it to be under the “extraordinary circumstances” exception mentioned in the case although this view did not break the ice for supreme court stating that the reasoning of having a representation or lack of representation of a community did not strike as an extraordinary circumstance for which the 50% ceiling should be breached.

Also, the Court has not only found no merit in the Maratha claim to backwardness but also said the community is adequately represented in public services.

The 102nd constitutional amendment act that  gives constitutional status to the National commission of backward classes, which led to a unrest among states and they raised

The question that this amendment would curtail the power of the states to decide the communities that are to be included in SEBC.

The court was of the view that the final say on the modification of the list released by the national backward class commission will be of the president but he would be guided by the commission that is set up under article 338B*. The states will have a say to recommend the inclusion and exclusion of SEBCs in the lists.

The court has also ordered the National commission of backward class to publish a fresh list of SEBCs, for both the state and central list.

*Article 338B–  the National commission of backward classes was established under this article which has now received constitutional status through the 102nd amendment in 2018.

After the supreme court struck down the Maharashtra state reservation for SEBCs which included the Maratha quota by ingeminating the 50% ceiling principle many questions are left unanswered.

Whether this ruling will affect the EWS quota? If it violates the ceiling?
Whether the states where the restriction is already been infringed will face any issues after the verdict?
Whether the 9th schedule of the constitution that states the inclusion of reservation laws will be of help?
Whether the states still have the power to identify the backward classes?

All these issues still being in discussions right now have also created unrest among the Maratha community in Maharashtra paving the way for a new political debate.

The answer to these questions lies in further interpretation by various experts in the field. And law being so dynamic you can’t anticipate what’s gonna happen tomorrow. 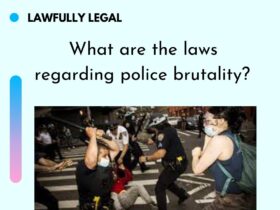