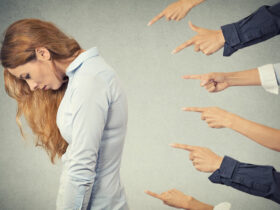 Falsely accused? Here is what you can do.

Did the Supreme Court overreach in staying the farm laws?

After the negotiation talks of the Centre with the farmers failed miserably, the Supreme Court of India intervened on the issue and put a stop to the implementation of the 3 new farm laws. The question is, Did the Supreme Court judicially overreach in staying the farm laws?

The farmers’ protests have been going on for a while now and they have blocked all the roadways to enter Delhi. They want all the 3 laws to be repealed. The government has made its stand clear that it is not going to roll back the laws, instead, they suggested amendments to the laws.

The Supreme Court on 12th January took the cognizance of the situation and put a stay to the farm laws by invoking Article 142. Chief Justice Sharad Bobde justified this judgement by saying that they were extremely disappointed by the central government and also pointed out that the negotiation talks by the government were not going anywhere. The Supreme Court appointed an official 4 member committee for the purpose of listening to the grievances of the farmers and the views of the government and make recommendations.

CJI said that the farmers were committing suicide and the government was doing nothing. “We do not want blood on our hands as we all will be responsible for that” said Chief Justice Bobde.

This is not the first time that Supreme Court said intervened on this issue. It has been repeatedly conducting hearings on the pleas filed against the farm laws. It had warned the central government several times on poor handling of the issue.

Article 142 of the Indian Constitution gives the Supreme Court extraordinary powers to bring complete justice to the case pending before it.

What is Judicial Overreach?

In simple language, when the Supreme Court starts to poke its nose where it doesn’t belong. It usually justifies it by the clause of Judicial Activism.

Many times these two terms are used by the people as synonyms, but we need to understand that these two words signify different meanings. There is a very thin line between judicial activism and judicial overreach, as when the activism crosses its limit and starts becoming judicial adventurism it takes the form of Judicial overreach. Whether the action is activism or overreach is based on the perception of the individuals. But the judiciary has always argued that due to legislative and executive underreach they have to step in and pass the directions.

There have been quite a few instances where the Indian courts have judicially overreached in their judgements. The best example is when the SC banned the selling of Liquor within 500 metres of a National or State Highways while hearing a PIL on road safety.

How was banning Liquor Judicial overreach?

Banning Liquor was an unnecessary interference, the directive principles of the state policy should be left up to the government to decide. It is not the court’s job to force and make the government implement it.

It was not a fit case to use Art. 142. Article 142 gives the Supreme Court extraordinary powers to exercise in its jurisdiction to provide complete justice to the case pending before it. It is an extreme measure and it should not have been taken in this case.

The PIL lacked evidence that selling Liquor on highways were the reason for deaths.

The decision also caused the loss of employment and revenue which is a headache for the government and not the court.

What is my Opinion?

I believe what the Supreme Court did was the need of the time which should have been done by the central government a long time ago. It was the right decision but not by the right method nor for the right reasons. Supreme Court needs to understand that it cannot solve every problem existing in the country. It should not interfere in the work of other organs of the government. It should have evaluated the laws and decided its constitutional validity. But doing anything more than that would constitute a judicial overreach.

Supreme Court also issued a notice on Delhi Police’s plea to stop the tractor rally to be taken place on 26th of January. To me, this seems like the Supreme Court stayed the farm laws to ease the anger of the farmers so they do not conduct a tractor rally.

The 4 member committee formed by the Supreme Court consisting of lawyers is also being criticized. All the 4 lawyers on this committee have already supported the farm laws publicly. This does not reflect well on the image of the Supreme Court.

Supreme Court should refrain from using the Art. 142 too much as it is an extreme measure provided in the constitution only to be used in extreme cases. Interfering in the work of other organs of the government can never be good for any democracy as separation of power between the legislature, executive and judiciary is the foundation of democracy. This judgement by the Supreme Court was borderline unconstitutional at best and sets a terrible precedent.

What to do if you are falsely implicated in an FIR and get arrested?