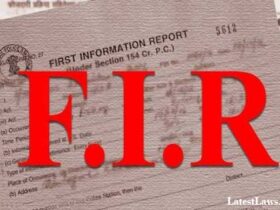 After an FIR is filed, how do Police and Court proceed ?

There has been a significant rise in traffic on Indian roads, especially in metropolitan cities. This has led to multiple cases of rash driving, road fatalities, and other offenses. Hence, to get things under control, the government has made certain changes in the penalty structure for such offenses and implemented the New Motor Vehicles Act.

When an individual is driving a vehicle without following the driving or road safety rules, it is considered an offense. However, just overspeeding a little does not count as reckless or rash driving. In fact, if the driver is capable of controlling the car at high speed, or if the road being driven on is empty, then it is not considered negligent or rash driving.

However, if an individual is carelessly driving a vehicle on public roads and is likely to put other people’s lives at risk, then they will be found guilty under Section 279 of IPC.

Section 279 in The Indian Penal Code

279. Rash driving or riding in a public way.—Whoever drives any vehicle, or rides, on any public way in a manner so rash or negligent as to endanger human life, or to be likely to cause hurt or injury to any other person, shall be punished with im­prisonment of either description for a term which may extend to six months, or with fine which may extend to one thousand rupees, or with both.

Is it legal to download thuppakki munai movie online?