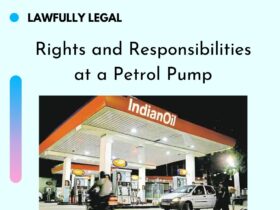 Nominal damages and Punitive damages. If any injury was caused to you due to someone else’s negligence, you will receive money in form of compensatory damages. This amount comes from the person who caused the injury. Now, there are 2 types of damages that need to be compensated. They are:-

The few dollars sum is awarded so that defendant’s wrongful conduct and can be established even though no real harm was done. It can also happen in cases where the plaintiff is not able to establish the damages caused to him by the negligence of the defendant. Even though the defendant’s conduct maybe totally wrong, the damages caused by it is required to be proved in a court of law.

Punitive damages – Punitive damages are awarded in extreme cases where the defendant’s conduct was not only wrongful but also done with malicious intent. A very high amount of compensation can be granted to the plaintiff if he can prove the damages caused to him.

The purpose of penalizing the defendant by such a big amount is to deter him from repeating this conduct in the future. It will also set an example to deter people from harming others intentionally.

Difference between Nominal and Punitive damages.

The basic difference between nominal and punitive damages is the amount of money awarded. Nominal damages is a small amount for the court’s record to establish the wrongful conduct of the defendant.

Punitive damages is a big amount to compensate the plaintiff for the damages and also to deter him from doing it again in the future.